Our nation, despite its relatively short existence as a country, has already made superb technological advances. It seems that our forefathers and today’s tech gurus have maintained their consistency in inventing scientific luxuries at a recurring frequency. This Independence Day, let’s celebrate U.S. ingenuity by recognizing three technological advancements that were born in America.

Marty Cooper is famed for developing the first ever handset unit, which acted as a precursor for today’s mobile phones. Known as the Motorola DynaTAC, it was a bulky, gray 2 lb. box. Users could only talk for 35 minutes per session.

Back then, the only other option for making calls were landlines and telephone booths. As Cooper mentioned in an interview, the Motorola team had a daunting task of determining how phone technology could be packed into a self-contained mobile unit. There was no blueprint to reference and everything had to be done from scratch.

Cooper and his co-workers shut down all ongoing engineering projects at Motorola so that everyone could focus on the infrastructure needed to make this device work. And soon, the first mobile phone was born. Good or bad, thanks to Cooper, we now do more calling than ever.

Even though advances in technology have introduced touch screens and trackpads, the mouse, having been around for the last three decades, remains a functional entity for office computers.  American engineer, Doug Engelbart invented the mouse peripheral. It was just a minor component of his even larger project. Engelbart’s presentation at the 1968 Fall Joint Computer Science Conference in San Francisco has been dubbed “the mother of all demos.” This is because it was packed with a barrage of new technologies in one presentation; videoconferencing, hyperlinks, networked collaboration, text editing, and the mouse itself. These new techs eventually turned out to be core technologies of modern computers used today. 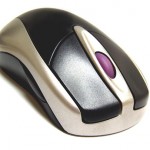 An enhanced method of harnessing solar energy, nano flakes represent a form of semiconductor model with a crystalline flake structure. This allows tiny crystals to absorb a greater extent of light passing through them, giving a higher energy conversion rate than typical silicon semiconductor cells.

The ability of nano flakes to create more power has led nano flakes to be quickly involved in solar power panels and technologies. As the costs of fossil fuel-based electricity sources continue to soar, solar power via nanotechnology is quickly becoming a formidable alternative.

This Independence Day, let’s give credit when credit is due. Here’s to America’s ingenuity and creative force of inventors.