Twelfth of October welcomes Columbus Day. Known for wild travels, intentional or not, Christopher Columbus is credited for opening up a new trade channel
between the Americas and Europe.

In recognition of days that inspire minds to explore, let’s take a historical look at discoveries and innovations in energy.

Coal is among the most abundant sources of energy and it currently generates up to 40 percent of the world’s electricity. While there is no definitive
answer as to when coal was first discovered, few archaeological pieces of evidence suggest that it has been used for light and heat in China as back as
3,000 years ago. However, it wasn’t until the 1880’s when it was first used to generate electricity for homes and various establishments.

Hydropower is energy harnessed from the gravitational force of flowing water. The production of electrical power depends on the force or current of water.
Currently, hydroelectricity generates around 2.8 percent of our country’s power. (Source: U.S. Energy Information Administration Annual Energy Review 2009) 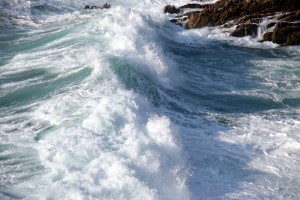 The modern hydropower turbine started in the mid-1700’s. It was conceptualized when Bernard Forest de Bélidor – a French engineer – wrote his most
famous book L’architecture hydraulique. In the following years, turbine’s evolution remained consistent, providing more efficiency and usage. This
includes Lester Allan Pelton’s invention of the Pelton Water Wheel in the late 1870s.

Among the renewable energy sources with the most potential is solar. It’s clean, safe, cost-effective, and abundant. As of 2015, our country has over 20
gigawatts of solar panels operating – enough to energize up to 4.6 million homes. But we can do more. 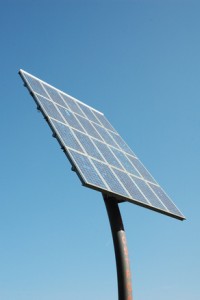 Solar power technology is believed to have historical ties back to the 1800’s. Alexandre Edmond Becquerel discovered the photovoltaic effect in 1839. The
1880’s brought an era when solar energy plants were built to heat water, which would then create steam to power machinery. And in 1941, Russell Ohl
invented the solar cell.

For such a relatively short time frame, a lot of discoveries and innovation have been made in energy production. In a time where technology is advancing
rapidly, it will be exciting to see where energy goes next.