We’ve been practicing Daylight Saving Time (DST) for quite a long time. And yet, we haven’t totally unclouded our confusion whether it’s advantageous or not. Is it really saving energy? Or maybe, it’s the other way around. 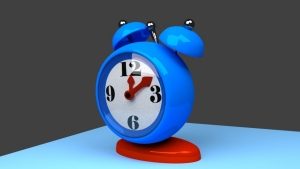 According to a 2006 research in Indiana, the power consumption in the state has increased by 1 percent overall. And in another study conducted by the University of California-Santa Barbara in 2008, DST might even augment energy consumption. So why are we still following DST?

It turns out that not all studies claimed DST as counterproductive. Jeff Dowd of the U.S. Department of Energy did a comprehensive investigation, looking at sixty-seven power utilities across the nation.

The result shook Congress as they concluded that the extra four weeks of DST could save about 0.5 percent of total energy a day, which when totaled, could power 100,000 households for a year. That’s a lot of power.

Dowd explained that they did not just look at residential energy consumption, but also commercial use. And although they unearthed accurate details, the debates still go on. Perhaps, one of the reasons is because the regional and national results greatly differ from each other.

Of course, there are lots of factors to consider. Even the policy makers couldn’t land a solid explanation on why we still switch to DST every year. And even though most of us find it disruptive, there are those in favor. These people find Daylight Saving advantageous as it maximizes their time for outdoor leisure.

While more research and experiments proceed, DST still continues. If the 2008 research claiming that we could save .05 percent of power per day is true, then we must celebrate. After all, the purpose is to conserve energy. To save money. To save Mother Earth.