Daylight Savings Time: Does It Save Energy At All?

As early as 1916, it has been common practice to move the clock one hour forward and back each year for Daylight Savings. While this practice is widely known in developed countries, did you know that only 70 countries total follow the twice a year adjustment? Two of the biggest nations, China, and India, do not follow it. 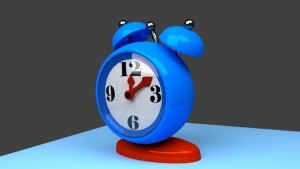 Originally advocated to reduce evening use of lighting, current advocates of putting the clock forward now say that it promotes economic growth. For as much advocacy there is for Daylight Savings, there is the same or more sentiment against it.

Critics of Daylight Savings say that the practice is outdated. Clock shifts are known to cause problems with consistent travel, record keeping, billing, synchronization of devices, particularly healthcare devices, heavy equipment, etc. One of the largest disruptors to advocates of Daylight Savings is the growing criticism for its negative effects on health.

Some studies show that heart attacks are noticeably more common following the first three weeks after the spring transition of Daylight Savings. Likewise, they’re less common during the autumn transition. Additional studies have also associated an increase in suicide immediately following the stress on the body from time changes.

While Daylight Savings came into mainstream play in the 1970’s, it seems that as time progresses, more and more countries are bowing out of the practice. As recently as 2005, Kazakhstan eliminated DST due to health complications they believed were a result of the time change. Additionally, as of 2011, Russia decided to stay in DST all year long.

With how connected to technology society is these days, it seems that daylight doesn’t play as great of an influence on power consumption as it used to. One study by Hendrik Wolff, an environmental economist at the University of Washington, seems to support this theory. “Our study confirmed that if people wake up early in the morning and go to bed earlier, they do save artificial illumination at night and reduce electricity consumption in the evening. But we also found that more electricity is consumed in the morning. In the end, these two effects wash each other out.”

While the jury is still out on if Daylight Savings will survive, what do you personally think? Do you find the time change beneficial?