Experts usually use “greenhouse warming” to describe what is happening to the world right now. The majority of respected experts on environment conservation have said that global warming is being accelerated by the gases that humans contribute to the atmosphere via pollution. At the forefront of this pollution is the burning of fossil fuels. 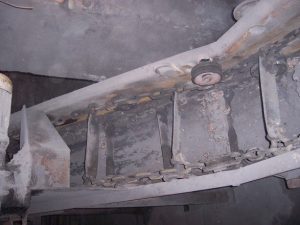 What are fossil fuels?

While coal, a fossil fuel, has been used for centuries, it only recently saw a dramatic rise in use as a result of the Industrial Revolution. Coal’s glory days started once it was recognized as having a low cost and high output of energy. That combination fueled, literally, the growth of North America and Europe over the last couple of centuries. Coal was used virtually everywhere; manufacturing companies, railways, ships, production factories, etc. Additionally, many people used coal to heat their home.

Nowadays, coal is still used as much as ever, but in different capacities. Coal fuels power plants that create electricity. Yes, surprising to many people, coal is still the main source of fuel that powers modern conveniences.

Why is coal bad for the environment?

If coal is so widely used, it can’t be that bad for the environment, can it? Yes, it is.