Among the largest economic booms that our country has had since 2008’s recession is a result of energy production from fracking. Although the practice of hydraulic fracking of natural gas has a huge economic benefit, it has not come without negative effects, too. 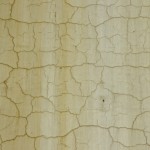 Studies show that extensive use of fracking can cause environmental problems.

These negative impacts have not gone unnoticed and have further supported the world towards embracing alternative, renewable energies.

While fossil fuels have to be extracted from pinpointed locations, the source of solar power, the sun, is also easier to identify and can be accessed from anywhere.

Solar power is an efficient energy source with no side effects on the environment. Compared to fracking, solar power is limitless, requires minimal extraction, and provides sustainable energy all year round. Solar powers limitless supply not only benefits those that embrace it, but it welcomes more friendly options for the environment, too.

In addition to paying for itself, solar power is maintenance free. As long as sun rays can hit your home or business, harnessing solar energy is possible.

Solar power has been explored in the past but has only recently been embraced by the mainstream. Germany has been dubbed as the most solar efficient country. Tokelau Island became the first island powered by one hundred percent solar.

Imagine if we all utilize solar energy in our homes and commercial establishments. It would be the birth of a new, cleaner, sustainable Earth.