Germany is a country known for its cold weather with ice and snow covered streets. And it’s deeply rooted in coal mining industry.  Surprisingly, did you know that approximately twenty-two percent of Germany’s energy is generated by solar? In fact, the country’s state of Bavaria, which has a population of 12.5 million, has three highly efficient photovoltaic panels per resident. 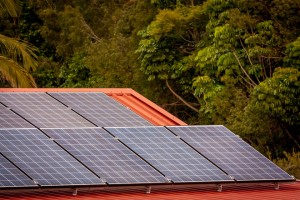 What’s more surprising is that those installed solar power units can provide more energy than the capacity of our entire country. Love it or hate it, Germany is now the most energy efficient country on the planet – a fact that created buzz among the American Council for an Energy-Efficient Economy (ACEEE).

How did Germany Become so Solar Efficient?

Two decades ago, German legislators passed a renewable energy law in what would become the beginning of Germany’s solar power reign. There was a realization that the cheapest energy had to be the energy that doesn’t need production in the first place. It was solar.

In return, the country invested billions towards renewable energy research, with solar being in the forefront. Paperwork for solar power was streamlined, and innovations began sprouting across the land. The government also provided subsidies to ensure that solar panels were readily available and embraced by the masses.

The country didn’t stop there. They ensured that their studies would bring answers on how to make solar usable in large scales. And finally, they learned the most efficient methods of storing solar power so it could be used for days without sunlight. That was the ultimate breakthrough.

In no time, Germany was reaping the benefits of its well-laid solar energy plan. Additionally, the government ensured that their solar power was decentralized from power companies to the hands of every citizen. Things became better and better as prices for solar panels were reduced to a fraction of the cost of decades prior.

Germany now produces upwards of 22 gigawatts of energy on any given sunny day. This means that their country alone can produce half of the world’s total solar power, which is approximately the equivalent of 20 nuclear power plants.

While rolling out solar power to an entire country sounds daunting, it is possible. In fact, Tokelau Island is a small country that is already 100% solar powered. Maybe Germany’s design can be the blueprint for  transforming other countries into a solar energy powerhouse.