How Much Power Does the Super Bowl Consume?

Super Bowl brings out the super-fan in all of us. Lucky fans score tickets to go watch and support their favorite team at a stadium. Most of us enjoy the game at home on the TV. With the Super Bowl consistently ranked as the most-watched TV event of the year for the last few years, that means massive amounts of power are consumed to bring the show to millions of homes worldwide. 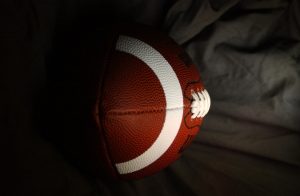 Consumption of Energy through TV

General Electric confirmed that upwards of 11 million kilowatt-hours of energy are consumed by watching the Super Bowl. Unbelievable.

However, TV isn’t the only apparatus utilized to watch the big game. Don’t forget about lighting within your home, and climate control appliances, like your furnace, to keep comfortable while watching the game. Considering that furnaces are consistently the largest consumers of energy in a home, that’s a lot of energy consumption when multiplied by millions of homes.

If we assume that there are 30 million households worldwide watching the Super Bowl, upwards of 37.5 million kilowatt hours of power would be consumed by TV’s alone. Plus, roughly 125 watt-hours for lighting, etc. would mean another 37.5GWh. The total would be a stunning 75GWh! At a medium price across the country of about $0.11 per kilowatt-hours, that works out to a total cost of roughly $10,000,000.