Nikola Tesla was arguably one of the most brilliant inventors in human history. Although relatively unknown for much of the 20th century, he left such remarkable contributions to the field of power generation. It seems as though he started to be properly recognized closer towards the 1990’s as technology caught up to his wisdom.

Today is Nikola Tesla’s birthday.  In honor of his extraordinary life, let’s take a glimpse at some of his notable contributions that influenced power generation.

Nikola Tesla was active as an inventor primarily in the early 1900s. After working with electrical engineering in his native Serbia, he moved to the United States and took a job under the renowned inventor, Thomas Edison.

Tesla was a prolific conceptual designer and experimenter. He’s responsible for important technologies related to radio wave transmission and reception. As Nikola’s luck goes, much of history tends to remember his rival, Guglielmo Marconi, as the inventor of the radio instead.

Tesla continued learning and experimenting, eventually finding an interest in the field of power generation. As his work evolved, it became more notable, paving a way for his development of alternating current (AC) electricity systems. 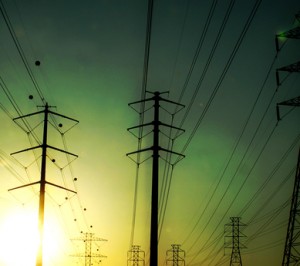 Tesla’s AC power systems, which is now widely used in the modern society. You may think that with pioneering modern electricity that he became filthy rich. Yes, it was a breakthrough, but he didn’t become rich. He sold most patents to George Westinghouse, a famous entrepreneur, for cash up front. By the time of his death, that cash was dried up.

Not content with AC power generation, Tesla pursued developing theories about the wireless transfer of electricity, something that many found to be an
incredibly ridiculous idea at the time.

His most ambitious project was focused around the idea of a worldwide wireless network for power distribution. However, this endeavor cost him all his available capital without generating concrete results. The home of his pet project, Wardenclyffe Tower in Long Island, New York, was eventually broken down and sold to help pay the debts he had accrued.

Tesla’s legacy lives on every time we turn on a light switch or listen to the radio. He deserves respect and admiration for all his significant contributions to power generation and other aspects of improving each and every one of our lives with quality of life improvements via advances in technology.