Why Should You Switch to Solar Energy?

While most of us are already aware of the benefits of solar power, some find it hard to make the switch. It’s similar to eating a delicious, greasy hamburger. We know there are better alternatives, but sometimes it can be hard to break a habit. Why would you want to invest in a solar power design system when you are already comfortable with your current power source? 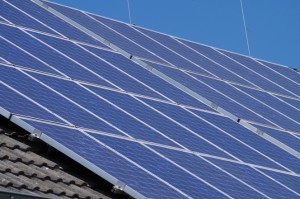 No smoke. No pollution. No noise. Solar energy is one of the cleanest and safest sources of electricity out there. It doesn’t emit pollution when being harnessed and consumed. Meaning, when you switch to solar panels, you don’t just minimize carbon footprints, you also promote good health.

Imagine if the majority of the households switched to solar. We’d never worry about the damaging effects of carbon dioxide (CO2) and other air pollutants emitted by conventional power plants.

2. Solar energy is low in maintenance

A conceptualized solar design systems don’t require too much maintenance. Once installed on your roof, you have solar power for decades to come. Lower bills. Less headache. Pease of mind.

Sunlight is limitless and free. Considered as the ultimate source of energy, unlike fossil fuel sources, the Sun will never run out of power; at least for the next few billion years.