At some point, fossil fuels will run out. Society will then need a new selection of renewable energy techniques to be put into action. Luckily, there are several options. In addition to solar and wind, there is also tidal power. 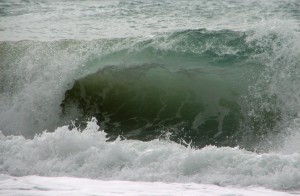 Tidal power, also know as marine or ocean energy, embraces a host of engineering technologies. These technologies utilize ocean movements to generate electricity. Some experts estimate that there is enough tidal power in the oceans to meet the entire world’s current consumption of electricity. Although ocean energy has proven itself as an invaluable tool to the world, it has yet to be embraced by the masses.

The first patents for wave-powered devices were issued in the 19th century. Some of the world’s first tidal barrages were put into place as far back as 1966 in France, and smaller scale operations began shortly after in North America and Asia. Due to expensive implementation cost, large scale magnitude has never been achieved.

While tidal power had an increase of interest in the 70’s due to the 1973 oil crisis, it’s exploration decreased after oil prices re-stabilized in the 80’s. Only until recent years, when technology caught up a bit more, has the interest in tidal power re-emerged.

Now that technology has advanced, it seems that the main hurdle in front of tidal energy is competing with fossil fuels. While fossil fuel supplies will eventually run out, they are currently cheap and bountiful.