Tokelau Island is the first island in the world powered by 100% solar energy. With a population of roughly 1,500 people, the island successfully made the switch from fuels to a clean, renewable energy system via solar power. 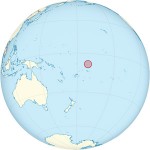 With the help of PowerSmart, around 4,032 solar panels were scattered all over Tokelau Island, exceeding residents’ power demand up to 150 percent. The project itself started with proposals coming in 2011. By 2012, it was targeted that the island would enjoy100 percent solar power.

The cost of installing the PV system design amounted to roughly $7 million – several times the entire GDP of the small island. Tokelau Island was able to make such a large purchase by structuring it as a long-term investment, thereby allowing theTokelau government to save millions per year.

Since Tokelau spends roughly $829,000 a year in importing fuel from the mainland, it would take approximately nine years for them to recover the seven million dollar investment.

Tokelau Island enjoys plentiful sunshine most of the year. No doubt that their photovoltaic systems will have a consistent source of power. The fact that it can generate 150% more than the current needs makes it possible for Tokelau Island to store excess energy in the event of overcast days.

According to reports, Tokelau residents have still planned further with a backup plan in case the weather doesn’t rally in their favor. This backup plan is the island’s “coconut fuel.” It’s calculated that the island has already harnessed enough coconut fuel to tie them over long enough that any realistic solar shortage could last.

What This Means for the Future

It’s not only Tokelau Island that is embracing solar power. More and more heads of state are focusing on the possibility of utilizing clean, solar energy, like Germany. The upgrade of Tokelau Island raises the bar towards
a more environment-healthy future.